Tenor and Conductor, Antonio F. Lozano, has taught music in the State of Arizona since 2005.  In that time he has taught instrumental and choral music at La Joya Community High School, Sierra Linda High School, and Cesar Chavez High School where he resides today, in the Phoenix Union High School District.  Under his direction, the choral, band, marching band and orchestral programs have received many outstanding awards.

Mr. Lozano holds a Bachelor’s of Science in Music Education from Grand Canyon University with a dual emphasis in Choral and Instrumental Studies. Mr. Lozano was the recipient of The President Singers Scholarship and the 2003 N.A.T.S. male winner.  In his time at Grand Canyon University he was in the chorus of Gilbert and Sullivan’s operetta “The Gondoliers” and held the roles of Pang from Puccini’s “Turandot” and Don Basilio from Mozart’s “Marriage of Figaro.”  He also competed in the 2004 Metropolitan National Council Auditions.  Mr. Lozano has performed with the Phoenix Opera Chorus and Showcase Concerts, as well as, attended the Taos Opera Institute in 2012.  Mr. Lozano currently studies with world re-known Mezzo-Soprano Gail Dubinbaum and Principal Conductor of the Phoenix Opera and accomplished Pianist John Massaro.  Mr. Lozano has also been guest conductor and clinician for junior high and high school instrumental and choral festivals and choral and instrumental honor ensembles. 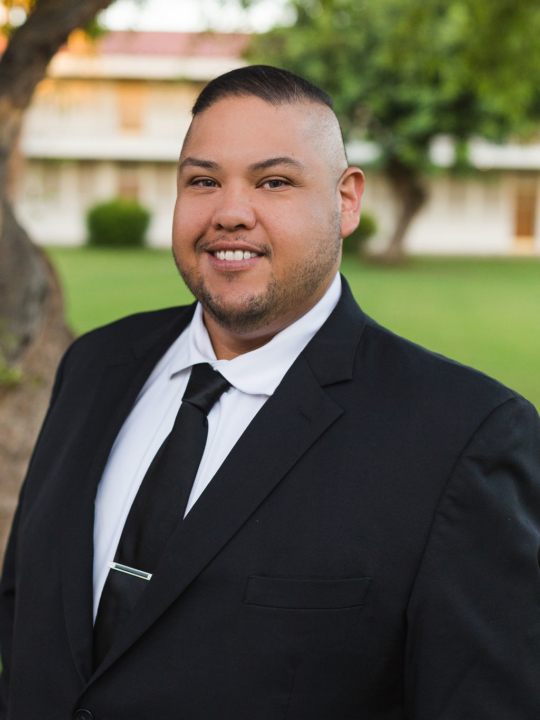