Kevin Tangney started playing trumpet in the 6th grade. He quickly fell in love with the instrument and the different ways it can be played. He was a member of the Young Sounds of Arizona under the direction of Milas Yoes and Hugh Lovelady, playing lead trumpet on the DownBeat Magazine lauded “Ringers” album. Kevin went to MCC and studied there under Grant Wolf, Fred Forney, and Hugh Lovelady. In 2002, Kevin joined the US military as a trumpet player and played trumpet all over Europe until he was deployed in combat operations to Iraq. After leaving the military, he once again pursued and finished his BA in Music Education at MCC all while guiding whitewater, 4×4 and hiking trips in Moab, UT.

In 2017, Kevin moved back to Phoenix full time to pursue a full time career in trumpet performance. Kevin is in high demand as a performer and educator. He has played with Arturo Sandoval, Kim Richmond, Lucas Pino, The Sugar Thieves, NOLAZ, Lymbyc Systym, and Wu-Tang Clan among others. Kevin was the assistant director for Young Sounds of Arizona for many years, directed the NAU Jazz Ensemble II, and adjudicates/clinics jazz ensembles for AMEA festivals. Currently, Kevin is the owner/manager of The New Guard Big Band, Phoenix’s premiere 17-piece jazz orchestra. 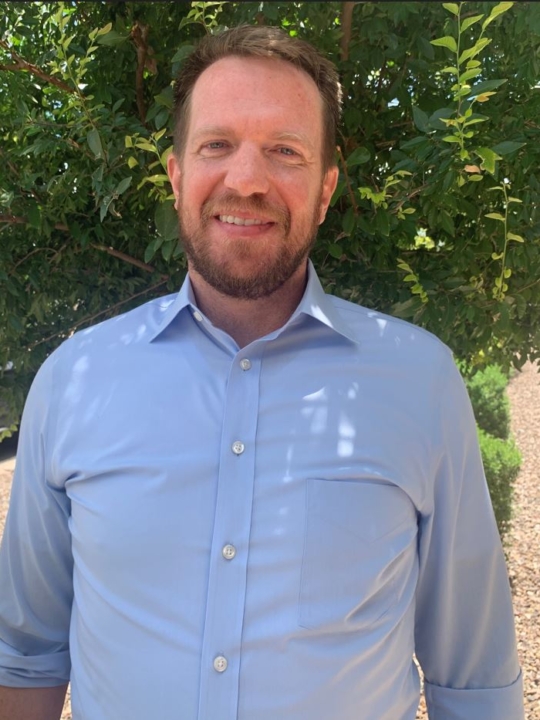